There’s been a growing acceptance of cellular connectivity for industrial applications....

Reliable communications in extreme environments can be a challenge. Read this blog post...

An oil and gas producer needed a flow computer that fit directly into its Rockwell Auto...

Different industrial protocol converters are available depending on the needs of your a... 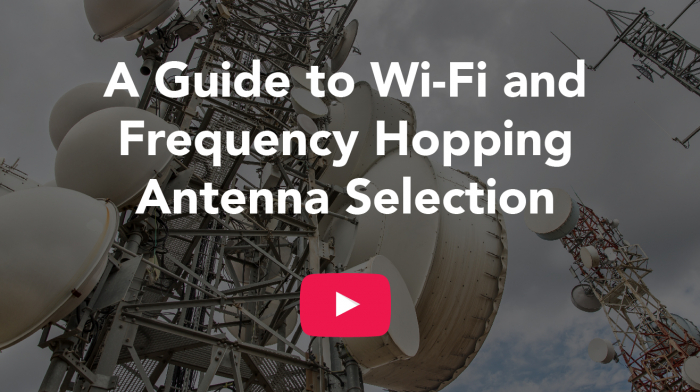 But what do you need to know when selecting and setting up antennas for a wireless communication network? How do you know what type of antenna you should use and where you should mount it? In this blog post and video, we’ll give you the information to answer these questions.

We all know what antennas are, but what is it that makes one type of antenna different from another? We’ll begin by noting that all antennas can be divided into two general types – omni and directional.

Omni antennas send and receive radio signals uniformly in all directions on a horizontal plane. Directional antennas, as the name suggests, focus their sending and receiving power into a comparatively narrow beam.

Omni antennas distribute their radio energy in more of a donut shape and are well-suited to situations where the antenna must send and receive signals from multiple directions. However, they don’t have the straight line range of the directional antennas. Directional antennas can send and receive signals from significantly greater ranges than omni types, but are constrained to communicating only within the path of their beam.

Information between two wireless devices is transferred via electromagnetic energy radiated by one antenna and received by another. The radiated power of most antennas is not uniform in all directions and has different intensities. The radiated power in various directions is called the pattern of the antenna. Each antenna should be mounted so that its direction of strongest radiation intensity points toward the other antenna or antennas with which it will exchange signals.

Beam width is an angular measurement of how strongly the power is concentrated in a particular direction. It can be broken into two-dimensional slices just like the antenna pattern.  The beam width of an omnidirectional pattern is 360 degrees since the power is equal in all directions.

Antenna gain is a measure of how strongly an antenna radiates in its direction of maximum radiation intensity, compared to how strong the radiation should be if the same power were distributed equally in all directions. An antenna’s gain is used to describe the distance to the furthest point on the pattern from the origin. The higher the antenna gain, the narrower the beam width, and vice versa. The amount of power that is received by the receiving antenna is proportional to transmitter power and antenna gain. Antenna gain and transmit power can therefore be traded off.

Next up in the video below, we cover how antennas are used and installed. Click here to find out about wireless solutions designed for industrial applications.