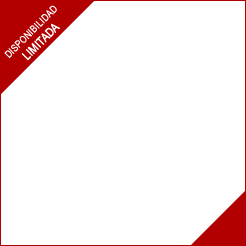 The 104S gateway accepts and responds to commands from a network-connected Client (Master) and can also autonomously generate unsolicited messages for cyclic or event-driven data transmission. Firmware versions 3.00 and later support a wider range of IEC 60870-5-104 Edition 2 data types and Causes of Transmission than previously offered.

The ProLinx module contains an internal database that consists of areas for application data, status information, and configuration information.

The internal database is shared between all ports on the module and is used as a conduit to pass information from a device on one network to one or more devices on another network.

This area is used to store error codes, counters, and port status information for each port.

Operating in the Server mode, the protocol driver accepts commands from one or more clients to read/write data stored in the module's internal registers.

The 104S module acts as an input/output module between the IEC 60870-5-104 Ethernet network and many of the other serial and network protocols, as well as several proprietary interfaces.

The 104S module accepts commands from an attached master unit on the network and generates unsolicited messages. These last sets of messages are either spontaneous or cyclic. Data transferred to the host is derived from the module's internal database. The remote master device can control data in the database and hence the devices connected using the other protocol in the module using standard control messages supported in the protocol. The remote master device uses the fully-configured databases in the module to control outputs and monitor inputs.

The PROFIBUS DP Slave driver gives access to the ProLinx unit's internal database via 244 bytes of Input data and 244 bytes of Output data (maximum 400 bytes total). These Input and Output data blocks are mapped by the user within the ProLinx module's data memory allowing the user maximum flexibility and data transfer with other protocols.