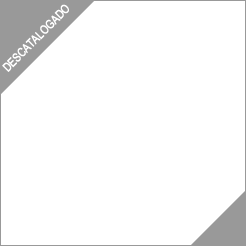 DNP 3.0 Server over Ethernet with Quality Flag for Quantum

The DNP 3.0 Server over Ethernet with Quality Flag supports the implementation of the DNP 3.0 (Distributed Network Protocol) over Ethernet, allowing Quantum processors to easily communicate with host systems supporting the protocol. The module supports DNP Subset Level 2 features and some Level 3 features. The addition of the Quality Flag helps to insure data reliability for critical or time sensitive communication.

The DNP 3.0 Server over Ethernet with Quality Flag for Quantum allows Schneider Electric Quantum processors to easily communicate with other DNP protocol-compatible devices.

The module supports DNP Subset Level 2 features and some of the Level 3 features allowing the many SCADA systems supporting the DNP protocol to be integrated into the Quantum platform. The module acts as an input/output module between the DNP network and the Quantum processor. The data transfer from the Quantum processor is asynchronous from the actions on the DNP network. Databases are user defined and stored in the module to hold the data required by the protocol.

The PTQ-DNPSNET-Q module is a powerful communication interface for Quantum platform processors. Developed under license from Schneider Electric, the module incorporates proprietary backplane technology that enables powerful data access to the Quantum processor.

The PTQ-DNPSNET-Q module is the ideal solution for many applications where DNP 3.0 Server over Ethernet protocol connectivity must be added to a Modicon Quantum system when requiring the use of the Quality Flag.

With the growing usage of the DNP protocol over Ethernet technology in the industrial marketplace, this product has a wide variety of application uses. Industries that use this technology include: